A Bandwidth and Connectivity Boost for your Apollo Audio Interface.

The user-installable Thunderbolt Option Card includes two Thunderbolt ports, and easily slides into the expansion bay of the Apollo. Bus power is provided to all downstream Thunderbolt devices, allowing music producers to connect numerous devices in series with the Apollo interface — including hard drives, processors, and computer displays — all with fast, flawless performance.

When the Thunderbolt Option Card is engaged, Apollo’s FireWire 800 ports are instantly reconfigured as a hub for connecting FireWire devices, such as a hard drive or a UAD-2 Satellite. 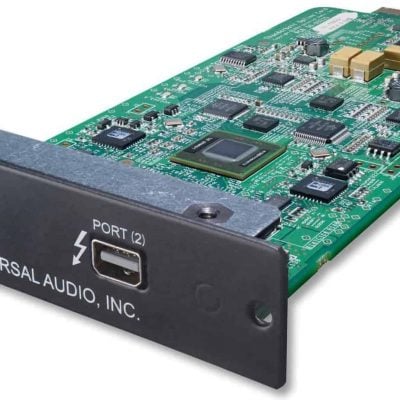