Plug into the Experience

When you think of the modern electric guitar, no doubt certain images pop into your head. However, perhaps none are more ubiquitous than the legendary Jimi Hendrix.

Believe it or not, November 27, 2012 was the 70th anniversary of Jimi’s birth, and we’re commemorating it with this new collection, which features stunningly authentic models of vintage Hendrix gear. 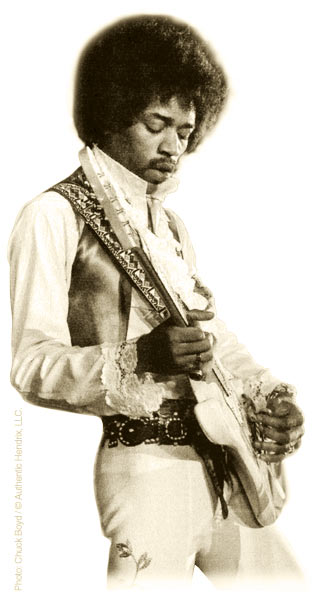 His sound was a unique mix of high volume overdriven tube amps, feedback control and an exclusive use of stompbox guitar effects, which was a breakthrough for that era. Hendrix was one of the first guitarists to really experiment with the sonic expressiveness of electronic effects, which were a fundamental part of his sound. Electronic effects were a technological novelty in the ’60s, and in many respects, Hendrix was a pioneer in using them to craft unusual guitar tones. Now, you can play through the same gear…

AmpliTube Jimi Hendrix™ Anniversary Collectionis the newly expanded officially licensed collection of gear used by Hendrix in the studio and on tour. You’ll be able to plug into the same stuff Jimi used to create the sounds that to this day are still regarded as THE voice of the electric guitar — the sound that will bring you back to the Woodstock era, while still sounding incredibly fresh and contemporary.

New additions include SilverTwelve (model based on the Silvertone® Twin Twelve 1484™), offering gritty distortion and massive clean tone; JH Gold (model based on a Marshall® JTM 45™), Jimi’s fave Marshall from 1968 on, modeled with our IK’s DSM™ and SCC™ modeling technologies; JH 1200 (model based on the Sunn® 1200S™), a high-powered tube bass head used by guitarists and bassists; and EP Tape Echo (model based on the Maestro® Echoplex®), which gives you the sound of the most famous echo unit of all time.

You can use the AmpliTube Jimi Hendrix™ Anniversary Collection as a standalone app complete with a 4-track recorder and speed control, or as a tone powerhouse plug-in for your favorite DAW.

AmpliTube Jimi Hendrix™ Anniversary Collection features the same control and function as our flagship AmpliTube software, and you can also add Hendrix gear through the AmpliTube Custom Shop feature that’s built into every AmpliTube product. So, you can purchase the “whole enchilada,” or just one spectacular piece of gear at a time — it’s your choice.

JH Gold
Based on Marshall® JTM 45™

American Vintage B
Based on Fender® Bassman® 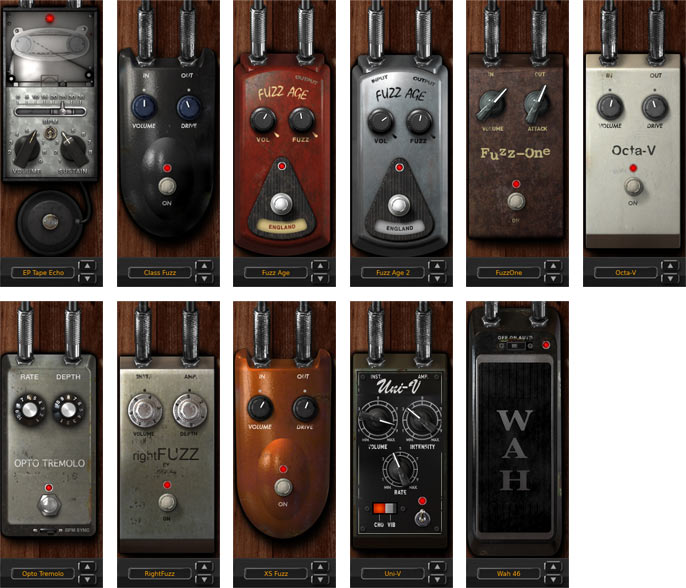