Beautifully recorded by the award-winning Shawn Murphy, the timbre of some instruments takes the breath away, and collectively they will add sheen, depth and orchestral authenticity to your arrangements.

HOLLYWOOD ORCHESTRA offers unprecedented control over the sound and the instruments, including up to 5 mic positions (Diamond Edition) for all instruments, and is a must have compositional tool for serious composers. HOLLYWOOD ORCHESTRA and HOLLYWOOD SOLO INSTRUMENTS are also available in lower cost Silver and Gold Editions, including the best stereo mic position chosen by the producers.

HOLLYWOOD ORCHESTRA includes EastWest’s PLAY 5 64-bit software, that includes powerful scripting for ease of use, and more user control than any other collection — all recorded in the famous EASTWEST STUDIO 1, the home of major Hollywood Soundtracks and Television Themes.

HOLLYWOOD ORCHESTRA and HOLLYWOOD SOLO INSTRUMENTS are the culmination of over seven years of recording, editing, and programming, and is a must have compositional tool for serious composers. 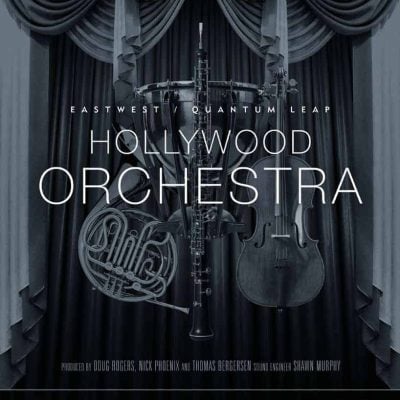