A big, bountiful, powerful, expressive, sonically superior collection of top-quality orchestral sounds, recorded in a first-class concert hall, played, recorded and programmed by expert practitioners, waiting to burst into life in your compositions.

Recorded by 11-time Grammy nominated classical recording engineer Prof. Keith O. Johnson, the EASTWEST/QUANTUM LEAP SYMPHONIC ORCHESTRA is the most awarded orchestral collection ever, including winning Sound On Sound’s Reader’s Choice Award an unprecedented 3-times, and the first orchestral collection to be recorded in a “state of the art” concert hall where orchestras mainly perform.

To achieve the feel of a live concert hall performance, each instrument and section was recorded with three mic positions, close, stage (conductor’s position) and hall. By selecting different mic positions, users can mix these sounds together to create any kind of natural ambience their project requires. This eliminates the need for artificial reverb.

The EASTWEST/QUANTUM LEAP SYMPHONIC ORCHESTRA eclipses all others with the highest level of fidelity and realism. Get that big “Hollywood Sound” film/tv/games directors and producers seek “out of the box”, no other orchestral collection comes close or is as easy to use!

Listen to Demos
Watch the Tutorial
Read the Manual 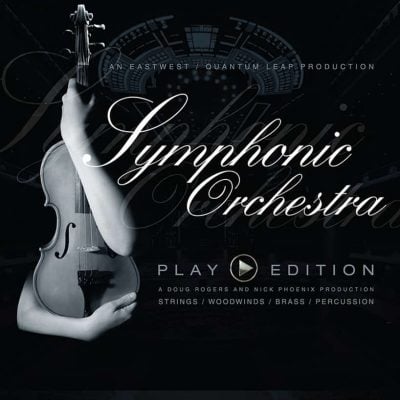